The Bill Cosby Show is an American situation comedy that aired for two seasons on NBC‘s Sunday night schedule from 1969 until 1971, under the sponsorship of Procter & Gamble. There were 52 episodes made in the series. It marked Cosby’s first solo foray in television, after his co-starring role with Robert Culp in I Spy. The series also marked the first time an African American starred in his or her own eponymous series.

In this light-hearted comedy, Bill Cosby played the role of Chet Kincaid, physical education teacher at a Los Angeles high school, bachelor, and average cool guy trying to earn a living, helping people out along the way. Many of the episodes involved Kincaid in various situations at the high school with his students and fellow teachers. In some episodes, Kincaid was asked to substitute, and fill in as an algebra or English teacher. 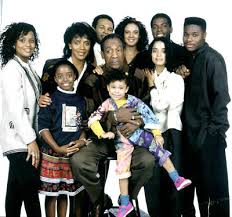 In one episode, Kincaid was the driver’s education instructor trying to teach a nervous student how to drive. Leaving the student at the wheel, he went to get safety cones from the car’s trunk to lay out a course for the lesson. The student accidentally backed up, dumping Kincaid into the trunk and driving around the parking lot backwards with Kincaid’s legs dangling from the car. 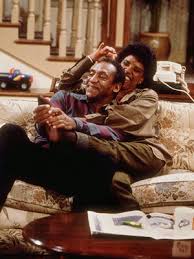 In another episode, Kincaid is filming his football team’s practice for the first time. Standing on the field, camera to his eye, he calls for his team to run a running “sweep” play; the team questions the request, but Kincaid insists. The play he has called for sends the ball-carrier directly through where Kincaid is standing, and the viewers see the result as the camera sees it—the players charging into view, a sudden tilt of the lens upward to view only sky, and then the helmeted heads of the concerned team circling around their trampled coach. 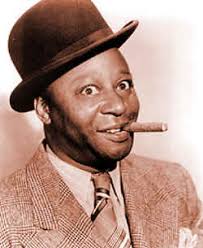 The show’s theme song, “Hikky Burr,” was written by Cosby and Quincy Jones, with Cosby providing the vocals. A new version of the theme was recorded for later seasons. 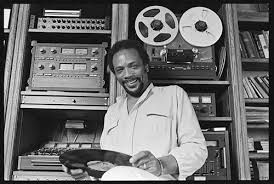 The show did not use a laugh track, which at the time was unique for a half-hour situation comedy. (Other humorous shows had begun airing without laugh tracks, but these fell more under the TV genre of comedy-drama than did this show. Exceptions, however, include The Beulah Show, a controversial 1950-1953 sitcom.) The Bill Cosby Show was not the average, laugh-out-loud type of sitcom. The episodes were humorous, but the show emphasized intelligent character studies and plausible, real-life situations. The plot of many episodes centered on a lesson in life learned, which was explained in the classic Cosby style.