Some African Americans follow Islam. Historically, between 15 to 30% of enslaved Africans brought to the Americas were Muslims, but most of these Africans were converted to Christianity during the era of American slavery. However during the 20th century, some African Americans converted to Islam, mainly through the influence of black nationalist groups that preached with distinctive Islamic practices; these include the Moorish Science Temple of America, though the largest organization was the Nation of Islam, founded during the 1930s, which attracted at least 20,000 people as of 1963, prominent members included activist Malcolm X and boxer Muhammad Ali.

Malcolm X is considered the first person to start the movement among African Americans towards mainstream Islam, after he left the Nation and made the pilgrimage to Mecca. In 1975, Warith Deen Mohammed, the son of Elijah Muhammad who took control of the Nation after his death, guided majority of its members to orthodox Islam. However, few members rejected these changes, in particular Louis Farrakhan, who revived the Nation of Islam in 1978 based on its original teachings. 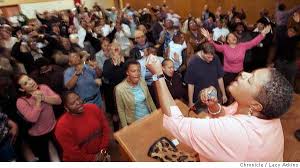 African American Muslims constitute 20% of the total U.S. Muslim population, the majority are Sunni or orthodox Muslims, some of these identify under the community of W. Deen Mohammed. The Nation of Islam led by Louis Farrakhan has a membership from 20,000—50,000 members. 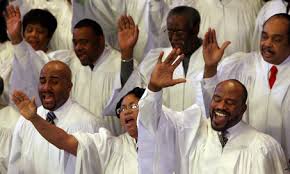 There are relatively few African American Jews; estimates of their number range from 20,000 to 200,000. Most of these Jews are part of mainstream groups such as the Reform, Conservative, or Orthodox branches of Judaism; although there are significant numbers of people who are part of non-mainstream Jewish groups, largely the Black Hebrew Israelites, whose beliefs include the claim that African Americans are descended from the Biblical Israelites.